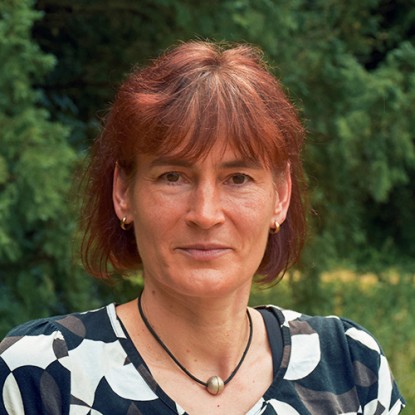 Since February 2002, I am a full professor in the Institute of Solid State Physics at the Technical University of Darmstadt. The seven years before, I lived and worked in three different countries. From October 1999 till October 2001, I was at the Tel Aviv University . I came first with a Minerva Fellowship, and then had a Heisenberg Fellowship. I was working with the group of Eshel Ben Jacob on questions related to the adaptation of bacteria to new challenges, and I also continued to work on more physical projects that I imported from my previous places of work.

From December 1996 until September 1999, I was a postdoc at the University of Manchester. The Condensed Matter Theory group there offered me excellent opportunities for collaborations and discussions, and I had a very productive time.

From October 1994 until October 1996, I was a postdoc at MIT in the USA and worked with Mehran Kardar . I profited a lot from working with him. My stay at MIT was paid for by a fellowship from the Deutsche Forschungsgemeinschaft.

From March 1988 until October 1994, I worked in Franz Schwabl's group at the TU Munich, first on my Diploma thesis (until July 1989), then on my PhD thesis (from Nov. 1989 until Dec. 1993), then as Postdoc. At that time, that group was pretty large, and I profited a lot from people like Erwin Frey and Uwe Täuber .

In Nov. 1982 I started to study physics, also at the TU Munich. As usual in Germany, these studies took a long time. At least for the first years of study, I would recommend a smaller university. But the quality of research at the TU Munich is really good. I spent also one year in Strasbourg, France, at the Universite Louis Pasteur (1985/86) and 2 months at CERN as summer student (1987). At that time I was mostly interested in particle physics.

From Sept. 1969 to June 1982 I went to school in Germering, close to Munich (we have 13 years of school in Germany before we go to University).

I was born on Sept.4, 1963 in Cologne. My parents are great people, and have a lasting influence on my values and beliefs. My father used to work in a bank in a pretty responsible position and is now retired. I have one sister, Ulrike, who has four wonderful children (all of whom are grown-up now) and is 2.5 years younger than I.

I married in July 1989 the best husband I could have ever found, Michael. He is an engineer in telecommunications and now works at Deutsche Telekom. I met him at church. We didn't want to live separated, so we toured the world together.

I like to play piano and to sing. Several years ago, I started unicycling, and I enjoy reading. Among my preferred books are biographies of Christians, because they are very inspiring and to me one of the best illustrations of the reality of God. Being confronted with materialistic and atheistic views of many scientists I am challenged to think and read about the philosophy of science, and about the relationship between science and belief, and you can follow my blog (in German), listen to a talk (in German) that I gave on this topic, and read a few articles that I wrote (in German). I am also involved in a church.